The Northwestern Cognitive Science Program offers fellowship support for graduate students engaged in interdisciplinary research in cognitive science. These three-quarter fellowships are awarded competitively, based on the quality of research proposed, on the candidate's qualifications, and on the interdisciplinarity of the research.
The four Advanced Fellowship Winners for 2022-23 are: 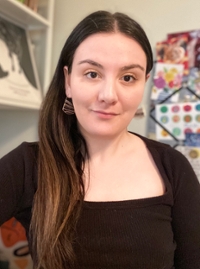 A look at the language-cognition interface: the role of Turkish morphosyntax in genericity and factivity judgments
A central issue in explorations of the human mind is the relationship between language and thought. Although it is clear that there are remarkable language universals, it is equally clear that languages vary in their structure and organization. Therefore, questions concerning whether and how cross-linguistic differences shape our conceptual representations remain very much open. Considerable evidence addressing these questions has focused on variability in lexicalization patterns across languages (e.g., language-specific color terms). But the effect of syntactic variation remains understudied. It is possible that language-specific grammatical patterns lead us to establish language-specific conceptual representations. The current project capitalizes on morphosyntactic properties of Turkish and takes a two-pronged approach, focusing on two constructs –genericity and factivity. Existing accounts, which are restricted primarily to evidence in Indo-European languages, focus on semantics. We broaden this approach, asking whether morphosyntactic features of Turkish are instrumental in shaping mental representations. This research rests crucially on both linguistics and cognitive psychology to advance our understanding of the interface between language and cognition. 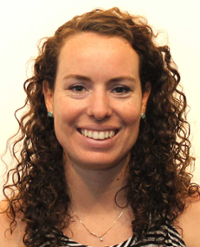 Trajectories of and Relationship between Cognitive Control and Neuroimmune Signaling
Nervous and immune systems are critical for an animal’s survival. These systems historically have been studied independently and were thought to have minimal interaction. However, recent literature establishes clear bidirectional signaling between these organ systems. Further, cognitive processes can be impacted by immune signaling, such as inflammation. Yet, our knowledge of mechanisms and the biological relevance of neuroimmune signaling is limited. I plan to investigate longitudinal changes in neuroimmune signaling to 1) improve our understanding of neuroimmune trajectories and mechanisms in adolescents and young adults, and 2) explore their relationship to behavioral outcomes of cognitive control. I will leverage two longitudinal samples spanning 10 years of development to explore the trajectories of and relationship between inflammation, activation patterns of cognitive control brain networks, and performance on a computerized cognitive control task. Studying bidirectional neuroimmune signaling will improve our understanding of these cognitive processes and has therapeutic potential.

Categorizing Perceptual Limits in Animated Data Visualizations
Animated data visualizations are used across education, journalism, and software user interfaces to show changes in data over time. While engaging to watch, animations also often overwhelm viewers with their complexity. The goal of my research project is to categorize common visual patterns that animated visualizations seek to convey, and to evaluate a typical viewer’s processing capacity for each. I will then produce a guide that visualization authors can use to categorize the types of motion that convey information to their viewers, along with predicted performance limits on each type. Visualization authors should then be better able to respect those processing limits, for example by restricting the amount of dynamic information in their displays, or by highlighting key objects. 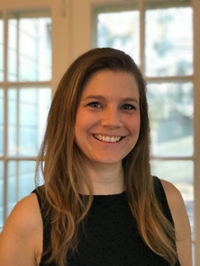 Differences in Children’s Word Recognition as a Window into Language Disorders
Spoken word recognition happens incrementally: upon hearing the first sounds of a word we activate multiple lexical contenders, then increasingly inhibit competing lexical items as additional acoustic information comes in. While this process is effortless for most people, lexical competitor inhibition appears to be disrupted in adolescents with Developmental Language Disorder (DLD). The goal of my research is to test the hypothesis that lexical competitor inhibition is an underlying impairment in DLD by examining the relationship between language ability and lexical competitor inhibition in young children. Specifically, I will use an eye-tracking paradigm to investigate 4-year-old children’s efficiency in recognizing a target word among competing lexical items as a function of their language ability. This interdisciplinary project brings together theories and methods from psycholinguistics and communication sciences and disorders to shed light on an issue of clinical relevance and advances our understanding of the emergence of a fundamental component of word recognition. This work may inform approaches for earlier identification of DLD, with potential to improve educational and mental health outcomes.